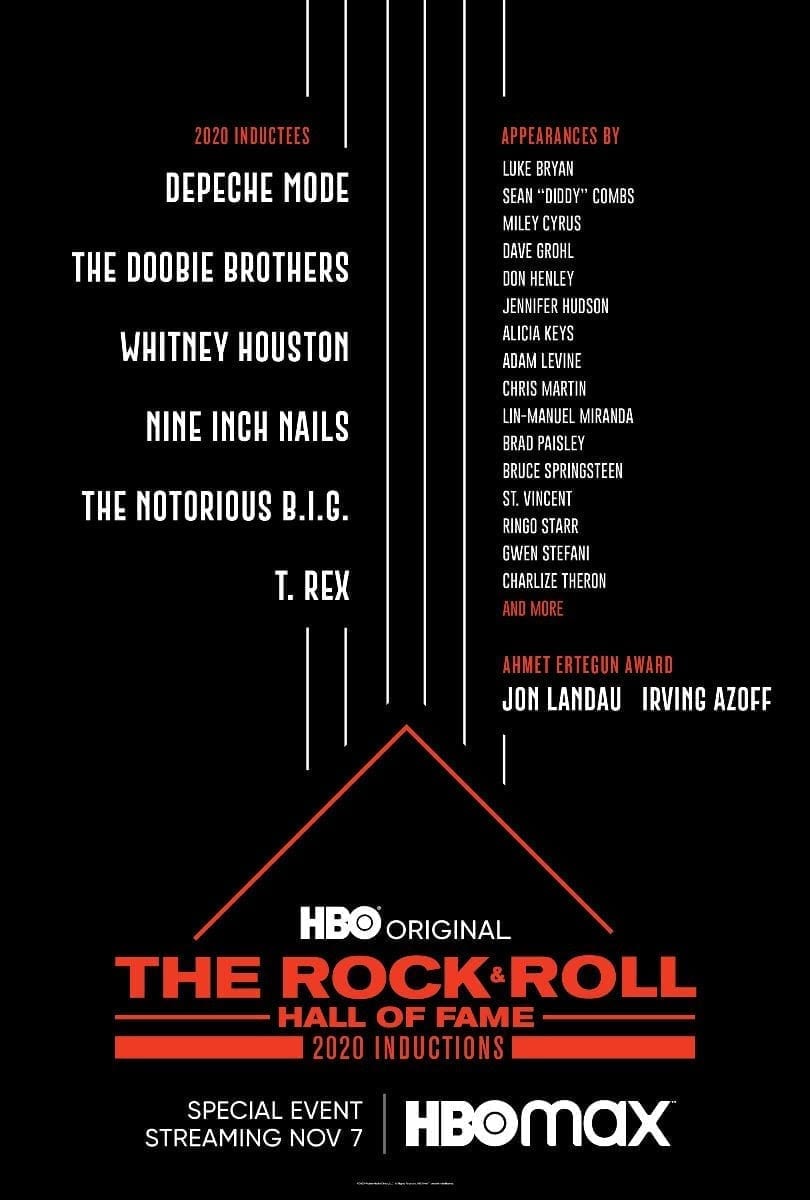 THE ROCK & ROLL HALL OF FAME 2020 INDUCTIONS debuts SATURDAY, NOVEMBER 7 (8:00 p.m. ET/PT) on HBO and to stream on HBO Max. The special presentation will honor this year’s inductees: Depeche Mode, The Doobie Brothers, Whitney Houston, Nine Inch Nails, The Notorious B.I.G., T-Rex, and Ahmet Ertegun Award honorees Jon Landau and Irving Azoff. This special event is in lieu of the live Induction Ceremony originally scheduled for May 2 of this year.

“We’re honored to come together with this distinguished group of musicians and artists to celebrate our 2020 class of inductees,” said Joel Peresman, President and CEO of the Rock & Roll Hall of Fame Foundation. “While this year’s program will be different than those of years past, we look forward to recognizing their impact on the industry, their fans and the next generation of artists.”

What do you think?

Back to Top
Close Create

Your password reset link appears to be invalid or expired.

To use social login you have to agree with the storage and handling of your data by this website.