New York – Pace Gallery is pleased to present Jean Dubuffet’s Le cirque (1970), a monumental sculpture occupying the entire first-floor gallery of Pace’s 540 West 25th Street location in New York, on view September 18 – October 24, 2020. Le cirque is a habitable environment that suggests an urban plaza, which Dubuffet first conceived and sculpted in 1970 as a model for future enlargement at architectural scale. Measuring thirty feet square and thirteen feet in height, Le cirque is one of the last remaining works from the late-1960s and early-1970s to be realized at heroic size. Marking a crucial moment in Dubuffet’s deeply influential oeuvre, it stands as a major achievement in the artist’s sculptural practice and heralds the final chapter in his celebrated Hourloupe cycle, which lasted from 1962 to 1974. This cycle, the longest and most prolific of Dubuffet’s career, began with drawings and paintings, to which Dubuffet added reliefs to expand their presence spatially and “give them life,” as the artist stated. This evolved further into painted and sculpted panels, which came together in ambitious sculptural and architectural installations.

The original model for Le cirque was created shortly after Dubuffet’s second solo exhibition with Pace Gallery in New York in 1970, which debuted a body of new black-and-white sculptures called Simulacres. Dubuffet’s inaugural exhibition with Pace had taken place in 1968, after the artist met the gallery’s founder Arne Glimcher for the first time in Paris in 1966 and began working with him the following year. A foundational figure in the gallery’s history, Dubuffet’s work has been the subject of more than 20 solo exhibitions at Pace
since 1968 and has been featured in countless dual and group exhibitions.

In a letter to Pace’s founder Arne Glimcher two months before the opening of the Simulacres show, Dubuffet directly linked the “meandering, uninterrupted and resolutely uniform line” of the sculptural works to the Hourloupe paintings of the previous years. Employing the same language of linear black-and-white shapes that comprise the Simulacres sculptures, the model for Le cirque—completed the following year—imagines a monumental environment that immerses the viewer in what Dubuffet calls “a continuous, undifferentiated universe” of form. Deeply influenced by the modern streetscapes of post-war Paris, Le cirque registers the particular significance of the frenetic movement of traffic and bodies as established in the Paris Circus period (1961-1962) of the artist’s practice.

Working in his new studio at Périgny-sur-Yerres on the outskirts of Paris, Dubuffet determined the eventual form for Le cirque by manipulating individual sculptural units used for previous large-scale works into alternate configurations, which he documented with photographs and notes in his studio albums. The five individual units that compose Le cirque had previously been used by Dubuffet in the sculpture Eléments d’architecture contorsionniste (1969). By re-combining such elements into a new configuration, “an
environment is formed,” explains Dubuffet, “consisting of mental elaborations and subsequently a new kind of architecture…made from allusions and evocations and belonging to the mental rather than the physical register.”

Translating the language of painterly abstraction into a colossal and immersive sculpture, Le cirque offers a slice of Dubuffet’s “undifferentiated universe” without beginning or end. For the artist, it was a world often populated by various figures that proliferated in both his paintings and sculpture, their writhing forms engaged in seemingly ceaseless motion. With Le cirque, the viewer becomes a surrogate for Dubuffet’s restless figures. Later, these same figures would spring to life in the 1973 production of Coucou Bazar at the Guggenheim Museum, which marked the final stage of the Hourloupe works. “If Dubuffet teaches anything,” the critic Peter Schjeldahl once reflected, “it is that there are no conclusions, and no true beginnings… There is only the middle, the presentness of life.” At Pace, viewers will be able to step off the streets of New York and into a corner of the artist’s alternate universe.

As part of the exhibition, Pace will also showcase the maquette for Dubuffet’s Jardin d’email (1968), a sculpture from the artist’s Hourloupe series first shown at Pace in 1969, to provide additional context around the artist’s practice and creation of the Hourloupe sculptures. The Jardin d’email was realized at monumental scale at the Kröller-Müller Museum in Otterlo, the Netherlands in 1974, and was the subject of a major restoration project completed in 2020. On the occasion of the exhibition, the gallery will also publish an archival booklet that reproduces Dubuffet’s 1969 letter to Arne Glimcher in the original French and in English translation, alongside rarely seen archival imagery of Dubuffet in his studio with works from the Hourloupe series, as well as a revised and updated 1985 essay by Arne Glimcher on Dubuffet’s architectural practice originally published in Architectural Digest.

This presentation comes in advance of the Barbican Centre’s major exhibition Jean Dubuffet in 2021, spanning over four decades and marking the artist’s first exhibition in the UK in 50 years, on view February 11 – May 2021.

Jean Dubuffet (b. 1901, Le Havre, France; d. 1985, Paris, France) began painting at the age of seventeen and studied briefly at the Académie Julian, Paris. After seven years, he abandoned painting and became a wine merchant. During the thirties, he painted again for a short time, but it was not until 1942 that he began the work which has distinguished him as an outstanding innovator in postwar European painting.

Dubuffet looked to the margins of the everyday—the art of prisoners, psychics, the uneducated, and the institutionalized—to liberate his own creativity, coining the term “Art Brut” as a reflection of the creative possibilities outside the conventions of the day. His paintings from the early forties in brightly colored oils were soon followed by works in which he employed such unorthodox materials as cement, plaster, tar, and asphalt-scraped, carved and cut and drawn upon with a rudimentary, spontaneous line.

Pace is a leading contemporary art gallery representing many of the most significant international artists and estates of the twentieth and twenty-first centuries.

Under the leadership of President and CEO Marc Glimcher, Pace is a vital force within the art world and plays a critical role in shaping the history, creation, and engagement with modern and contemporary art. Since its founding by Arne Glimcher in 1960, Pace has developed a distinguished legacy for vibrant and dedicated relationships with renowned artists. As the gallery approaches the start of its seventh decade, Pace’s mission continues to be inspired by a drive to support the world’s most influential and innovative artists and to share their visionary work with people around the world. 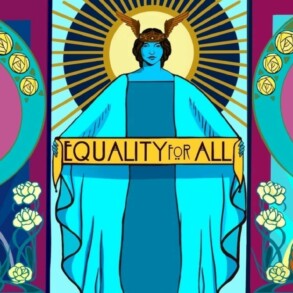